Mr. Turner encapsulates the spirit and intent of the kind of stories that writer/director Mike Leigh likes to tell. When you aren’t laughing your face off at his latest, you’re in a dark, deeply emotional state.

J.M.W. Turner (Timothy Spall), isn’t a household name, but before Renoir or Monet, he was painting some of the most stunning landscapes that his country had to offer.  Despite his capabilities of aligning light and color for great imagery, he was a social outcast. 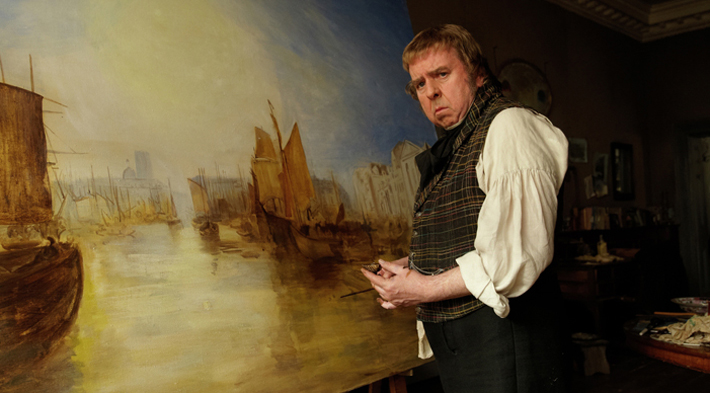 It’s not often that you get a movie that can sum up the entire career of a filmmaker, but with Mr. Turner Leigh’s penchant for beauty, bleakness, and sardonic deadpan humor all get rolled up into a magnificent piece of cinema that feels personal.  Despite having a very languid pace, it pays off in spades at every turn.  Spall delivers some of the best character work I have seen in quite some time, and is worthy of ward consideration this year.  You don’t like him, but you can’t look away from him either.

Mr Turner will hold up with Leigh’s career best. I never wanted it to end. (Dave Voigt)