Golden Globes: Our Picks for Who Will Win/Should Win - That Shelf Skip to main content

Sunday’s Golden Globes mark an essential event in a shortened award season! As Oscar ballots are in the mail, the Golden Globes provide essential face time to winners in this stretch of their campaigns. The winners for last year’s Oscars, for example, matched the Golden Globes in every corresponding category except for one. That snub was, of course, the silly omission of Justin Hurwitz’s score for First Man, an unusual case in which a Golden Globe winner didn’t land an Oscar nomination.

Besides being an important bellwether, the Globes also make for great TV. Let’s face it: they’re a joke and Hollywood knows it. Voted on by a body of 80 or so members from obscure publications, the Hollywood Foreign Press Association openly accepts favours and embraces lavish campaigning. But the fact that the stars generally embrace the silliness of the Globes ensures a looser vibe than the Oscars. (With the help of an open bar and free-flowing champagne!)

At the same time, the Globes’ love for all things campaigning makes this year’s show fairly important. It’s an open race and the small voter body yields great bang for your buck. With Netflix spending massive amounts of money on campaigns, they could clean house and upstage the major theatrical distributors on their home turf. Or leave the party expecting to kick the Oscar campaigns into higher gear.

To help readers with their own ballots on Sunday night, the team at That Shelf breaks down who we predict will win and who we think should win. Participants were also invited to submit two “this or that” picks in which they swapped out one Golden Globe nominee for a contender of their choice. Participants include Colin Biggs, Daniel Grant, Pat Mullen, Courtney Small, and Victor Stiff.

The nominees: 1917, The Irishman, Joker, Marriage Story, The Two Popes

Will Netflix’s big spending pay off? Our team thinks it will with the majority of writers tapping Martin Scorsese’s The Irishman to take home the top prize. It would be Scorsese’s second Best Picture win at the Globes after 2004’s The Aviator. Only two members of the team would the Globe give to The Irishman, though, but everyone agrees that Netflix should take home the prize with Marriage Story and The Two Popes receiving the other votes. Watch out for Joker as a potential spoiler, and perhaps 1917 as a late-breaking upset that could change the race entirely.

This for that: Colin says, “Swap out Joker for Uncut Gems.” 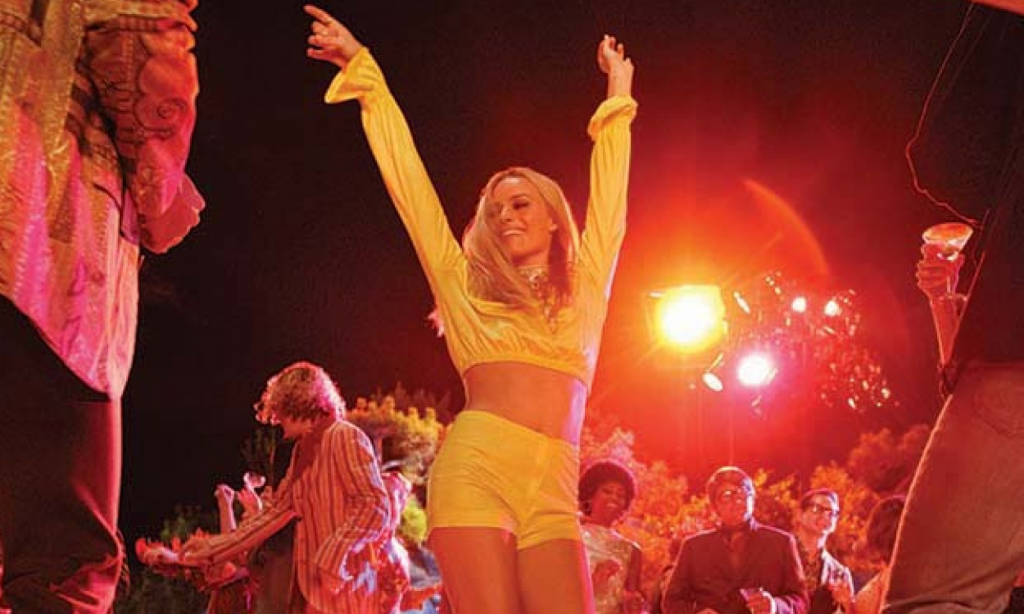 The nominees: Dolemite Is My Name, Jojo Rabbit, Knives Out, Once Upon a Time…In Hollywood, Rocketman

Nearly everyone one the team agrees that Quentin Tarantino’s Once Upon a Time…in Hollywood will win the prize and advance towards its presumed face-off with The Irishman. Surprisingly, not a single contributor would vote for it. Jojo Rabbit would hop away with the prize if our team doled out the Globes. Don’t expect Dolemite to make Netflix two for two in the Best Picture categories, although the film has fans. Rocketman could surprise given the HFPA’s fondness for musicals and biopics – they gave Best Picture (Drama) to Bohemian Rhapsody last year and Rocketman is way, way, better.

Once Upon a Time… in Hollywood: Colin, Courtney, Pat, Victor

Dolemite Is My Name: Colin

Best Performance by an Actress in a Motion Picture, Drama

While Renée Zellweger hasn’t performed especially well in the critics’ circle awards, which are arguably more about advocacy at this point than predictive of industry tastes, the team generally agrees that her comeback story will get a boost here. However, support is split with one member agreeing that Renée should take it, while others tip Charlize, ScarJo and Saoirse to prove themselves strong challengers.

Best Performance by an Actor in a Motion Picture, Drama

Place your money on Adam Driver or Joaquin Phoenix. The group is split in terms of which of the two Oscar frontrunners will come out on top. The overall support for Marriage Story and Joker also sets them a bit further apart. This category could be the only big win for either film during the night.

This for that: Daniel says, “Swap out Jonathan Pryce (The Two Popes) for Daniel Kaluuya (Queen & Slim).”

Best Performance by an Actress in a Motion Picture, Comedy/Musical

In what might be the looniest line-up the Globes delivered this year, Best Actress in a Comedy features some very good performances in films that were overlooked. Where’d You Go, Bernadette? didn’t even submit for Oscar consideration and Team Blanchett isn’t actively campaigning, which means that Globes voters either loved Cate Blanchett or that someone else might have landed a huge percentage of the votes to allow her to slip in. We’re split on whether Awkwafina or Ana de Armas will take it, and equally divided between Awkwafina and Emma Thompson in terms of who should.

This for that: Pat says, “Swap out Ana de Armas (Knives Out) for Meryl Streep (The Laundromat).”

Best Performance by an Actor in a Motion Picture, Comedy/Musical

This category is one of the night’s toughest calls. It’s between DiCaprio, Egerton, and Murphy. Anyone could win, especially if voters decide to go splitsies and honour a performance in a film that isn’t taking Best Picture. This could be the category that decides the winner in your Globes pool!

It’s been a two-horse race all season long between Laura Dern and Jennifer Lopez. Dern widened her lead during the critics’ prizes, but our team thinks J-Lo could pull off one of the night’s biggest upsets. But if anyone other than these two actresses wins, that would be the shocker of the night.

This for That: Daniel says, “Swap out Annette Bening (The Report) for Taylor Russell (Waves).”

The nominees: Tom Hanks, A Beautiful Day in the Neighborhood; Anthony Hopkins, The Two Popes; Al Pacino, The Irishman; Joe Pesci, The Irishman; Brad Pitt, Once Upon a Time … in Hollywood

Is Brad Pitt finally going to win an Oscar for acting? That looks to be the case as our team generally agrees that he has the edge here. It would be a boost for Pitt, especially if support is split between Irishman co-stars Pesci and Pacino. However, people love Tom Hanks as Mr. Rogers. A win would be big for him here, and a fair bit of advocacy on the part of Globes’ voters to consider the performance as Hanks has been bizarrely snubbed by the Academy in a string of worthy work. Our team is divided in terms of who should win, though, with everyone save for Hopkins receiving a vote.

Best Director might be the trickiest call of the night. Is it tied to Best Picture, or will the Globes split? They love Scorsese, having given him the prize for Gangs of New York, Hugo, and The Departed when other films won Best Picture. On the other hand, Tarantino could pick up his first win in this category at the Globes, while Bong Joon Ho is the wild card – almost every single member of the team says he should win. Will voters agree?

This for that: Pat says, “Swap out Todd Phillips (Joker) for Pedro Almodóvar (Pain and Glory).”

The nominees: The Irishman, Marriage Story, Once Upon a Time…in Hollywood, Parasite, The Two Popes

Tarantino could come out on front here instead of in the director category. In the biggest flip of the poll, nearly everyone agrees that Once Upon a Time…in Hollywood will earn Tarantino his third Globe for Best Screenplay. However, the personal votes mostly go to Parasite with a lone flag waving for The Two Popes.

Once Upon a Time…in Hollywood: Colin, Courtney, Pat, Victor

Here is one category where the team thinks voters will award a film that isn’t winning elsewhere. Could it be Thomas Newman’s propulsive score for 1917, Alexandre Desplat’s poignant work on Little Women, Daniel Pemberton’s jazzy tunes for Motherless Brooklyn, or Hildur Guðnadóttir’s eerie backdrop for Joker? We all agree that Thomas’s cousin Randy is probably sitting this one out for Marriage Story.

Poor Taylor Swift. Her song “Beautiful Ghosts” is admittedly the only thing about Cats that isn’t awful. But it’s not especially memorable in the film and it only stands out on the soundtrack/in isolation. On the other hand, our team thinks that the Frozen showstopper “Into the Unknown” could take it or the Globes might vote for heavyweights like Elton John and Beyoncé. They love their star power!

“Into the Unknown”: Courtney, Daniel, Pat

“Into the Unknown”: Courtney, Daniel

The nominees: The Farewell, Les Misérables, Pain and Glory, Parasite, Portrait of a Lady on Fire

Only the wild and foolish would bet against Parasite. It’s the easy frontrunner despite this line-up being one of the strongest that the Globes ever delivered in this category.

Will win and should win:

The nominees: Frozen II,  How to Train Your Dragon: The Hidden World, The Lion King, Missing Link, Toy Story 4

Disney is bizarrely going out of its way to ensure that voters don’t consider The Lion King an animated film. It didn’t even submit in the category for the Oscars and its marketing team acts as if this Golden Globe nomination didn’t happen. (Most critics groups drank the PR Kool-Aid, while the Globes flipped Disney the bird.) Regardless of the Mouse’s awful PR campaign, our team agrees that the Jon Favreau’s epic bastardization of the Disney classic won’t win the award it openly doesn’t want. As for what will or should win? We can’t seem to agree on what will take home the prize, but most of us will cheer if How to Train Your Dragon does.

How to Train Your Dragon: Courtney, Pat, Victor

And while our team didn’t weigh in on the TV categories, we agree* that Meryl Streep is walking into the party with major BDE and will win her whopping ninth Golden Globe thanks to her work in Big Little Lies.

*results for this question might have been skewed by Russian interference.

Tune in Sunday night to see who wins!