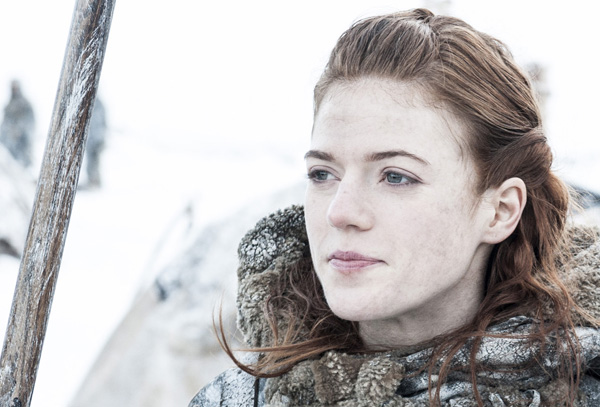 Season three is coming! After two very bloody and successful seasons, HBO’s fantasy television series Game of Thrones returns on March 31st. The explosive last few episodes of season two will definitely be hard to top, but as any fan of author George R. R. Martin’s A Song of Ice and Fire novels knows: the best is yet to come. Season three is based on the first half of A Storm of Swords, the book widely regarded as the best – and certainly the most eventful – entry in Martin’s series.

Last week, we were fortunate enough to speak with actress Rose Leslie, who plays wilding Ygritte on the HBO show. Leslie was in Toronto to officially open Game of Thrones: The Exhibition at the Design Exchange.

We discussed her character’s headspace at the beginning of season three, Leslie’s favourite characters new and old, Game of Thrones vs. Downton Abbey, what the future holds for Jon Snow and Ygritte, and more!

Viewers beware: there are potential season three spoilers ahead.