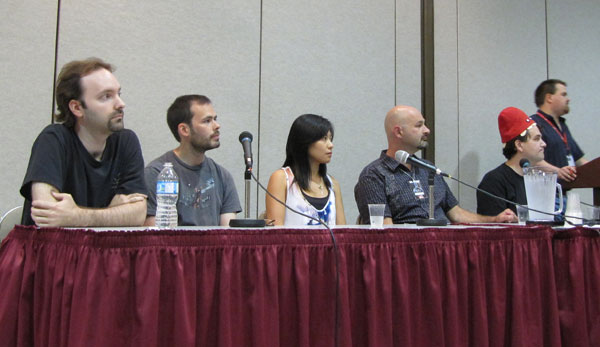 According to Dead Rising 2 producer and Capcom head of R&D Keiji Inafune, it very well may be.

The legendary producer recently spoke with NowGamer and commented that Canada is “getting very important now…they’ve got potential to be at the epicenter of videogame development.”

Inafune believes that there are numerous reasons for this, including government policies and tax-relief, but from a developers point of view, he mentioned that compared to big cities in the U.S., like Los Angeles, it’s a little bit cheaper and as a result there is a lot of potential for video game development here. Adding, “but compared to Americans, Canadians are a bit… more serious…if you like”.

Earlier this year it was reported that despite gaming industries across the globe being hit hard from the global recession, Canada’s game development sector showed no signs of slowing down.

According to a report released back in March by the Electronic Software Association of Canada (ESAC), there are more than 14,000 people who are now directly employed by more than 247 Canadian video-game companies. And that’s not including jobs in retail and transportation.

Much like Inafune, the ESAC also agrees that the contributing factor to Canada’s success is because of generous tax incentives, which help to attract large scale investments from companies like Electronic Arts, Ubisoft and Eidos.

The ESAC report also claimed that most jobs in the video-game industry are high-paying software development jobs. Going off the most recent stats from Statistics Canada, 138,000 people were employed as computer programmers and interactive media developers in Canada in 2008. Compare that to the ESAC numbers and it shows that as many as 10% of Canada’s software jobs are in the video game industry.

Up to 29 percent more video game jobs are expected in Canada by 2011, and with Ubisoft in the process of opening up shop in Toronto, they are now suggesting that their headcount in Canada will nearly double to 3,000 employees by 2013.

This past weekend the Dork Shelf team attended Fan Expo Canada, during which we sat in on a panel discussion about The Current State of the Local Video Game Industry. The panel was moderated by Jason MacIsaac of Electric Playground and formerly the small Niagara Ontario game studio Cerebral Vortex Games. Joining him were the guests Philippe McNally from Longbow Digital Arts, Ryan MacLean, formerly of Pseudo Interactive and co-founder of Drinkbox Studios, Leslie Phord-Toy, a producer at the new Ubisoft Toronto Studio, Ian Kelso, head of Interactive Ontario, and finally, the always entertaining and outspoken Ryan Henson Creighton, founder of Untold Entertainment Inc.

Inafune’s sentiments echo those mentioned during the panel last week. At one point the question was submitted to the guests: “Why choose Toronto to develop video games?”

Interactive Ontario’s President Ian Kelso answered the question by recalling a conversation he had had with a developer from France the previous week at GamesCon in Germany. During their talk the Parisian developer called Toronto, “the Hollywood of the gaming industry.”

A bold claim, but clearly our video game industry is an exciting and thriving one to be in right now. Hopefully with studios like Ubisoft opening their new office in Toronto and the continued support of the Canadian government, it will open the door for other big studios opening in Canada. This will not only be beneficial to the Canadian economy and the gaming industry, but it will eschew the likelihood of local homegrown talent flocking to other countries in search of employment opportunities.

For more news and shenanigans in 140 characters or less, be sure to follow me on Twitter @The_GeekJock