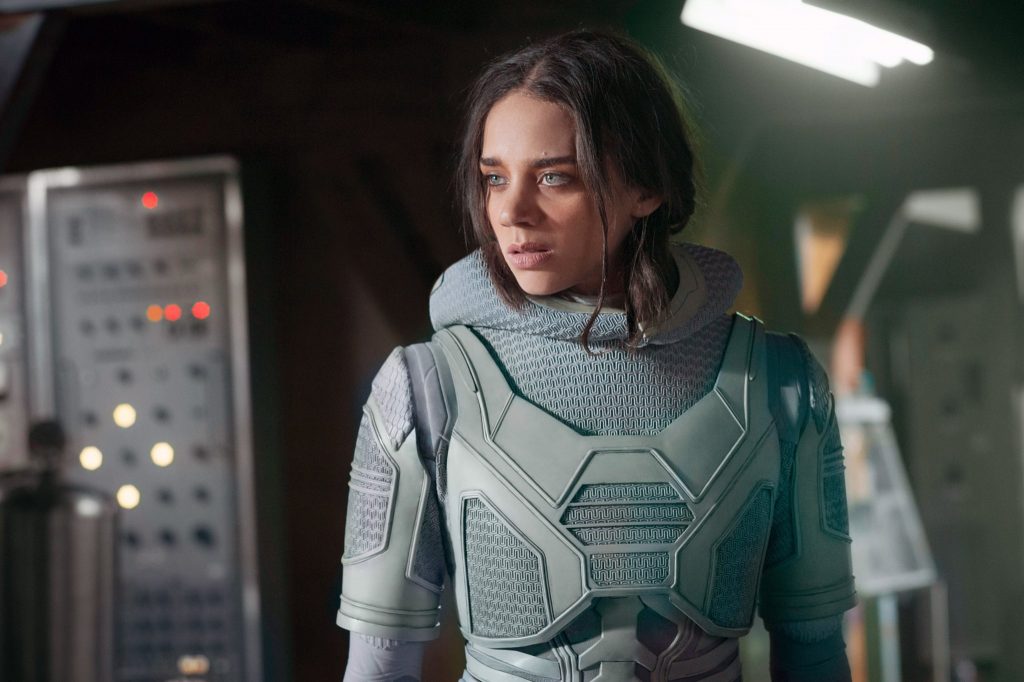 After the heavy mood, high stakes, and death toll of Avengers: Infinity War, this movie feels like a gentle fluffball being cordially lobbed in our direction. The affably charming Paul Rudd returns as Ant-Man, and we finally get to see Hope van Dyne (Evangeline Lilly) kick some butt as The Wasp. Kind of unbelievable that it took twenty Marvel Cinematic Universe movies to have a female hero named in the title, but we finally got here.

Scott Lang (Rudd) has been on house arrest since the events of Captain America: Civil War, which violated the Sokovia Accords. Hank Pym (Michael Douglas) and his daughter Hope (Lilly) have spent that time continuing their work, trying to find a way to return to the quantum realm that Ant-Man visited in the original movie. Pym’s wife and Hope’s mother, Janet van Dyne (Michelle Pfeiffer) disappeared into the quantum realm decades ago, and the pair believe she may still be alive.

Because of his visit to the quantum realm, Lang has become quantumly entangled with Janet, and she sends him a message through a vision. Despite their estrangement, Lang reaches out to Pym. Pym and Hope kidnap Lang, leaving a decoy in his place so as not to arouse suspicion that he’s broken house arrest with only days left in his sentence.

Hope meets with a black market dealer (Walton Goggins) to buy a part needed for their quantum tunnel. He double-crosses her, and she dons The Wasp costume and fights off his thugs; but in the melee, another combatant appears, a quantumly unstable masked figure. Lang tries to help fight her off, but the “Ghost” (Hannah John-Kamen) escapes with Pym’s shrunk-down lab.

The rest of the movie is essentially a game of keep-away with the all-important lab, as Lang, Hope, and Pym rush to finish the tunnel so they can save Janet from an eternity trapped in the quantum realm. The ability to shrink objects makes for some wildly imaginative fight choreography and car chase scenes, and the pace moves along briskly.

So, should you watch this with your kids? I mean, sure. It’s a fun movie with relatively low stakes, and a nice palate cleanser after Infinity War.

Bottom line: It’s not really critically essential viewing for the larger Infinity Stones arc… As far as we know, that is! If you have time, watch it, it’s fun.