Big D and Jay are both happy that companies such as IDW are increasing their commitment to the all-ages audience.

We talked with Locke & Key fans about why they love the series, and the overwhelming reason was its characters.

A queen of the comic convention circuit, Agnes Garbowska is an incredibly talented (and exceptionally sweet) creator of some of the cutest comics around. We got the chance to chat with Agnes at Fan Expo 2013, and asked her about her love of comics, and what it's like as a female transitioning from indie to mainstream comics. 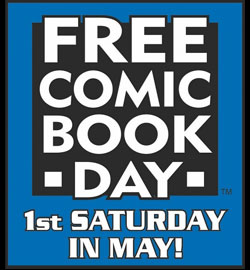 We chat with Ed Brisson and Michael Walsh about their series Comeback, wrapping up on March 20th.

Focusing on licenses, and “re-developing” stagnating properties, IDW has had some major success with GI Joe, Transformers, and less-mainstream-but-even-hotter Suicide Girls comic. None of these series come close to matching the fun and excitement that IDW has returned to... Dungeons & Dragons.

The Rocketeer, and its creator Dave Stevens, never really broke big in the mainstream comic culture, settling instead into its "classic indie" status. IDW hopes to change all that with Rocketeer Adventures #1.