Whether right or wrong, in “Don’t Make Me Come Back There” we see how many try — successfully or not — to do what’s best for those they care for.

There’s no more a frustrating proposition than, “What if?” In “We Can Be Heroes” this question follows Joe Caputo around like a bad smell.

“A Tittin’ and A Hairin’” shows how love, lust, sex, anger, desire, and power motivate physical and mental violence inside and outside the walls of a Federal Penitentiary.

“Where My Dreidel At?” examines the importance of having a sense of belonging within a community, and for those on the “inside” — what it means to feel like an outsider.

Dork Shelf recently spoke with actress Selenis Leyva about what working on Orange Is the New Black has meant to her.

“Fear and Other Smells” delves into the unease, excitement, and anxieties many of the characters feel — imagined or not.

“Tongue Tied” reveals how some either devote or submit themselves to a higher calling.

We live in a culture where a woman’s worth is ultimately defined by her physical appearance. In "Ching Chong Chang" we see the inmates at Litchfield Penitentiary are not immune to the pressure to be considered aesthetically pleasing, whatever that definition may be, and the pain that goes along with it. 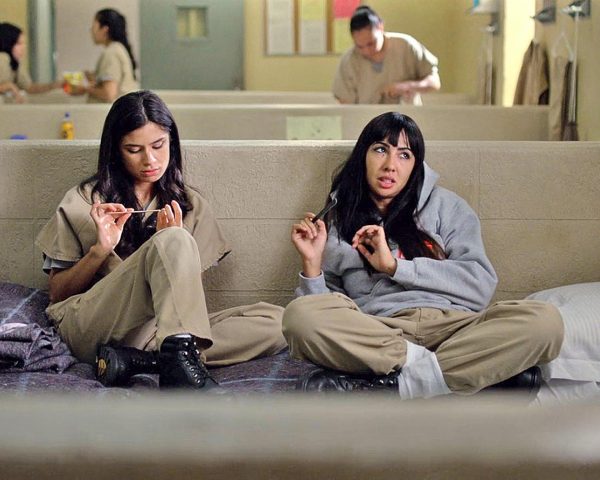 "Fake It Till You Make It Some More" features inmates with nothing but time delving into the ambitions, obsessions, and preoccupations that consume them.
We were lucky enough to catch up with legendary actor Ernest Borgnine at Fan Expo last weekend. The 93 year old Borgnine has had an amazing career spanning nearly six decades, on television in McHale’s Navy, Airwolf, The Simpsons, SpongeBob SquarePants and on film in Marty (for which he won an Oscar), Bad Day at […]