Everything we know about AMC's upcoming The Walking Dead spinoff, World Beyond.

Outcast is premium mythology based horror, driven by characters and spiced up with just enough pulp to get away with any tropes it has to employ.

While he was in town for the Toronto Screenwriting Conference, we caught up with Glen Mazzara, show runner for AMC's smash hit The Walking Dead about his work on the most popular show currently on cable, his early days as a writer, the creative decisions made for the show, and fan reactions both positive and negative. 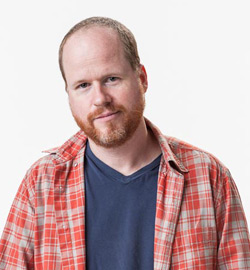 In the last few months Image Comics has released a string of super-hot sell out new titles. This week, wunderkind writer and Image partner, Robert Kirkman weighs in with his mad-cap silly Super Dinosaur series. And by silly... I mean over-the-top awesome fun!

If you haven't been watching AMC's The Walking Dead this season, what have you been doing?! Since the season is only six episodes long, there's still time for you to catch up before tonight's presumably awesome finale.