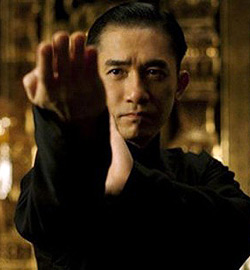 It's hard to review the North American, Weinstein approved cut of Wong Kar Wai's The Grandmaster since the half hour or so that's been cut from the film leave it feeling disjointed, but it's still a great kung fu, historical romance from one of the world's finest filmmakers.

Enter for a chance to win one of ten pairs of passes to an advance screening of the martial arts epic The Grandmaster in Toronto, Ottawa, Halifax, or Winnipeg, on Thursday, August 22nd, courtesy of Dork Shelf and eOne Films.