We talk to Here for Blood stars Joelle Farrow and Tara Spencer-Nairn about their heavyweight horror comedy closing out the 2022 Toronto After Dark Film Festival.

You Cannot Kill David Arquette Interview: Arquette discusses learning to love himself and which wrestling legends would make great actors. 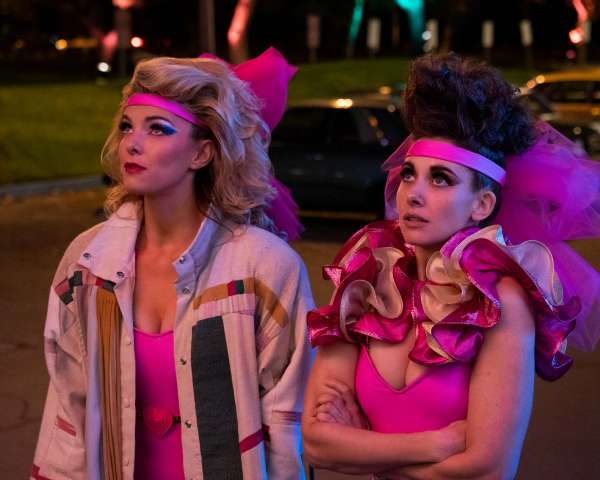 This week Gavin and Jeff are joined by Arda Ocal and Brent Furtney, co-hosts of The Score's Right After Wrestling, as well as the hilarious Deborah Etta Robinson.
Fortress of Baller-tude is the new video blog of Gavin Stephens, Canada's best nerdy comedian and co-host of our own G33K N3RD D0RK podcast. Twice a month Gavin will share his opinions and perspectives on pop culture, fandom and beyond.

Following last week's epic show with our guest Teddy Wilson, co-host of InnerSPACE on the SPACE channel, we present to you the stunning conclusion! This week we find out what Gavin really thought of The Wrestler, twist endings, talk more about the inner workings of popular media and quiz each other on hyper-nerdy trivia, all of which makes for an entertaining show.