Thanks to Highball.TV for sponsoring ThatShelf’s 2019 TIFF Coverage!

Having covered TIFF’s Short Cuts programme for over five years now, I’ve noticed a tendency to start things off from a defensive position. Of course, there’s a reason for this: it’s much harder to convince people to hand over money for short films instead of features. And at a festival where everyone is buzzing about what’ll take over the zeitgeist in the coming months, more eyes tend to be directed towards the features rather than the shorts.

But the entire point of a film festival is to expand one’s horizons, and see film in an environment unique from how we normally watch movies, so why not look at the short films? Jason Anderson and Robyn Citizen have programmed dozens of titles this year, and the opportunity to catch them in a theatrical setting might be a once in a lifetime chance for most people. It’s a collection of hidden gems, and an opportunity to come away from the festival with an experience that’s truly rare.

The shorts below, all screening throughout the eight Short Cuts programmes, make up some of the finest works in this year’s selections.

All Cats Are Grey in the Dark

Middle-aged Christian lives with his two cats Marmelade and Katjuscha, and his affection for them is enough to make even the biggest cat lover feel uncomfortable (when I say he takes them everywhere, I mean it). Writer/director Lasse Linder’s short follows Christian as he tries to get Marmelade impregnated by a tomcat, and at first watching Christian’s intense love of felines makes for a good, eccentric comedy. But as Linder jumps forward through time, and we follow Christian all the way up to Marmelade giving birth, the film transforms into a compassionate character study of one man’s quest for his own version of a family. 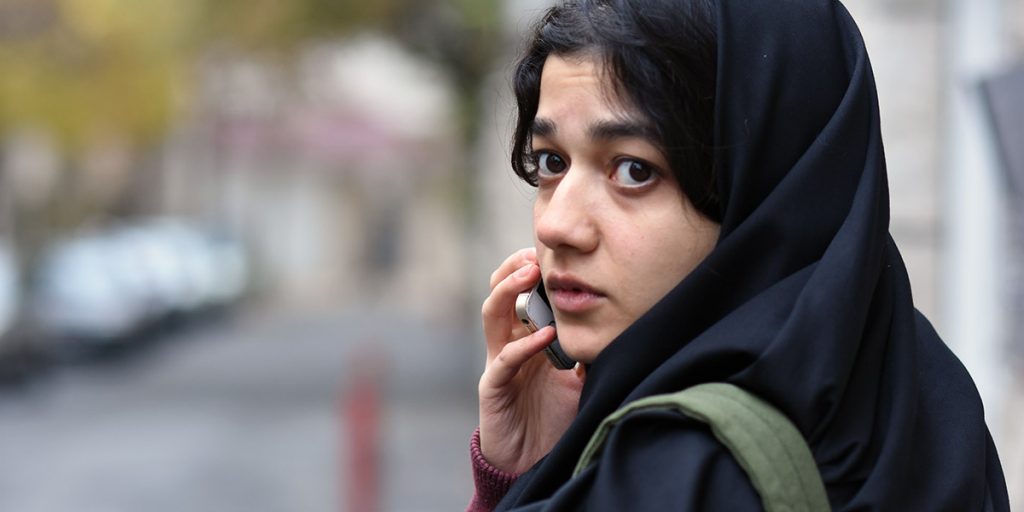 High schooler Sadaf (Sadaf Asgari) is about to leave home to write an exam when her drug dealing father demands she pick up a bag of cocaine to deliver to one of his clients. Sonia K. Hadad’s latest short uses that setup as a means to get to her film’s centerpiece: a tense showdown between Sadaf and her school’s administration that could have her entire world come crumbling down. Hadad’s story is simple, self-contained, and near-perfect in its execution.

Camila Kater’s animated documentary interviews five women about a different stage of their lives, dividing each section into chapters based around the levels of doneness for meat (“Rare” for the youngest all the way up to “Well Done” for the oldest). The subjects form a diverse collection of experiences, with each section homing in on the way others perceive their female bodies, and how those perceptions have impacted them. Kater’s use of various animation techniques, ranging from stop motion to playing with celluloid, works to great effect with her film’s structure, finding commonality between various lives to form a portrait of womanhood.

A TV newscaster gets a hot flash while a snowstorm rages outside, only to find the entire world conspiring against her when she tries having some time to herself in Thea Hollatz’s directorial debut. A brief and charming animated short, Hot Flash appears to be a light comedy, but in situating its narrative around its protagonist’s menopause, it mines plenty of humour and depth about the hurdles that come with aging. In the span of 10 minutes, Hollatz develops an arc that highlights one of the most important parts of getting old: the moment when you stop giving a damn about what other people think.

No Crying at the Dinner Table

Probably the most uncomfortable film in the entire programme, Carol Nguyen’s No Crying at the Dinner Table shows the director interviewing her parents and sister about past traumas in their lives. What comes as a surprise is the frankness of Nguyen’s family, showing a level of self-awareness and honesty about their emotions that makes the whole thing feel as intimate as a therapy session. Then, to make matters complicated, Nguyen sits her family together and plays the interviews back to them, a move that goes from sadistic to cathartic in a matter of minutes. Not everything about No Crying at the Dinner Table sits well with me, but it’s likely the short that will stay with the most long after this festival ends, which I consider an achievement.

And then the Bear

There’s some difficulty in parsing out the story of Agnès Patron’s And then the Bear. Images of houses on fire in the distance set the tone, as a young boy finds his life thrown into chaos when his mother lets a strange man stay at their house. Patron’s short fills itself with symbolism and doesn’t establish a clear divide between reality and imagination, making her film work better as a mood piece than a more conventional narrative. Using red, black, and white as the dominant colours of her work, And then the Bear looks ravishing: the strange man’s figure ballooning and deflating like a cloud, the bears and forest represented by white, dashed lines and an overhead shot of the mother’s red hair standing out among a field of grass are just some of the unforgettable images throughout.

It starts with the image of Justine (Geneviève Boivin-Roussy) crying as she cleans out the closet of her recently deceased mother. And for a time, Ariane Louis-Seize’s drama feels like it will play out as an assured, well-observed story of a daughter dealing with losing her mom. But Justine soon discovers diving equipment, and when she goes for a dip in a nearby lake, she makes a grim discovery that will keep drawing her back to the same place. Louis-Seize has no qualms pushing her story into weird, metaphorical directions, and her commitment (combined with the great cinematography by Shawn Pavlin) makes The Depths a compelling little drama.

Thanks to Highball.TV for sponsoring ThatShelf’s 2019 TIFF Coverage

Next Article »
IT: Chapter 2 Review