The seasons may be changing but it’s Blu-ray season 24/7/365 here at That Shelf – and we’ve got the Top 6 Can’t Miss Blu-Ray’s that need to be on your shelf in the month of May!

Resolutely single Don Johnston (Bill Murray) has just been dumped by his latest lover (Julie Delpy). Don yet again resigns himself to being alone, but he is ultimately compelled to reflect on his past when he receives a mysterious pink letter by mail. It is from an anonymous former lover and informs him that he has a 19-year-old son who may now be looking for his father. Don subsequently hits the road to come face to face with four former lovers forced to confront the errors of the past and put real thought into the possibility of the future.

Released back in a peak period for Murray on the heels of such instant classics as Lost In Translation and The Life Aquatic with Steve Zissou, Broken Flowers doesn’t necessarily get the love that it deserves among some of those other films but it settles in there quite nicely. It’s Bill Murray at the height of his powers – blending the sublime with the sardonic – a portrait of a man at a crossroads like only he can deliver and is a must own, especially for those in awe of everything Bill Murray and writer/director Jim Jarmusch.

Based on a true story from 1993, Black Hawk Down follows an elite group of American Rangers and Delta Force soldiers sent on a critical mission to capture a violent Somalian warlord whose corrupt regime has led to the starvation and suffering of thousands. When the mission goes terribly wrong – incredibly quickly – these men find themselves outnumbered in the middle of hostile territory, quite literally fighting for their lives.

Black Hawk Down is quite simply the seminal war movie of a generation and one of the best works ever put to the screen by director Ridley Scott. Josh Hartnett leads an ensemble cast that literally features every young, veteran and character actor that you can imagine. This film gave us early looks at the likes of Eric Bana, Tom Hardy, Nikolaj Coster-Waldau, Hugh Dancy, Jason Isaacs, and Ioan Gruffudd alongside more veteran hands like William Fichtner, Tom Sizemore, Ewan McGregor and Sam Shepard to name a few. This is a film that is loaded with talent, and now in sparkling 4K it’ll only be that much more of an intense cinematic experience.

It’s a tale of murder and suspense in the streets of New York with Faye Dunaway starring as controversial fashion photographer Laura Mars. World renowned for her sensational, erotic portraits of models in settings of glorified urban violence, Laura exhibits a mystifying psychic ability. In her mind’s eye, as if through the lens of her camera, she “witnesses” a series of bizarre murders with terrifying clarity. All of the victims are people Laura has known. Police detective John Neville (Tommy Lee Jones) discovers a striking similarity between Laura’s works and classified police photographs of the murders and he attempts to unravel the events which have taken control of Laura’s mind.

Written by the one and only John Carpenter and directed by Irvin Kershner (The Empire Strikes Back) this 1978 thriller has been out of print for YEARS and it is a weirdly gripping movie that simply demands to be seen.

Crafted from a newly discovered trove of 65mm footage and more than 11,000 hours of uncatalogued audio recordings, Apollo 11 takes us straight to the heart of NASA’s most celebrated mission – the one that first put men on the moon, and forever made Neil Armstrong and Buzz Aldrin into household names. Immersing viewers in the perspectives of the astronauts, the team in mission control, and the millions of spectators on the ground, we vividly experience those momentous days and hours in 1969 when humankind took a giant leap into the future.

If you missed this theatrically, especially after all the buzz coming out of Sundance you may still be able to find it on a screen or two, HOWEVER this film is such a glorious piece of history that we have no doubt it will play just as well in the comfort of your own home theatre setup as well. Rarely does reality get as epic as this.

One Sings, the Other Doesn’t – Criterion Collection

In the early 1960s in Paris, two young women become friends. Pomme (Valérie Mairesse) is an aspiring singer and Suzanne (Thérèse Liotard) is a pregnant country girl unable to support a third child. Pomme lends Suzanne the money for an illegal abortion, but a sudden tragedy soon separates them. Ten years later, they reunite at a demonstration and pledge to keep in touch via postcard, as each of their lives is irrevocably changed by the women’s liberation movement. One Sings, the Other Doesn’t is a buoyant hymn to sisterly solidarity rooted in the hard-won victories of a generation of women.

Like many other cinephiles out there, I felt the death of the iconic Agnès Varda and her contributions to the cinematic landscape and felt a little ashamed because I knew damn well that she was more than just a little old French lady and that I needed to see more of her work. Starting here is as good a place as any as One Sings, the Other Doesn’t is a fascinating call to female empowerment and the power of the stories that our betters can tell. Though small in stature, Varda is a towering inspiration for not only the fairer sex, but to filmmakers and storytellers everywhere. 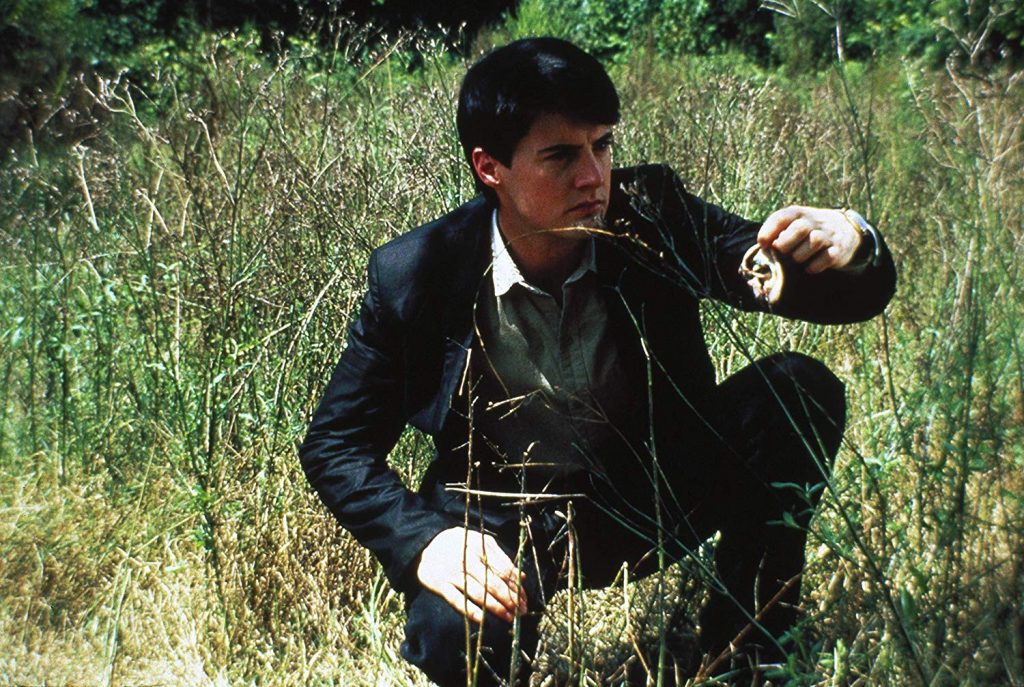 Beneath the surface of small town serenity lays a dark domain where innocence dare not tread and unpredictability is the norm. Home from college, Jeffrey Beaumont (Kyle MacLachlan) makes an unsettling discovery: a severed human ear lying in a field. In the mystery that follows Jeffrey finds himself driven to investigate, drawing closer to his fellow sleuth, Sandy Williams (Laura Dern), as well as their person of interest, lounge singer Dorothy Vallens (Isabella Rossellini), all the while facing the fury of Frank Booth (Dennis Hopper), a psychopath who will stop at nothing to keep Dorothy in his grasp.

Easily regarded as one of the master strokes in the long career of writer/director David Lynch, Blue Velvet is finally hitting the Criterion Collection and it is loaded with extras that would make any fan weak in the knees. Between a new 4K digital restoration of the film along with a myriad of extras including 53 minutes of deleted and altered scenes that were assembled by Lynch himself, this film has never looked better – or weirder – than it will in this new Blu-Ray edition.

Dave Voigt is obsessed with the moving image as he watches far too many movies from, in and around
his home in Toronto. Please feel free to visit him over at In The Seats for even more cinematic insight,
the occasional nonsensical rant…and lots of contests.