Eighteen games — with the horror, sci-fi, and cult themes that fit snugly within the TAD umbrella — will be available for the game-hungry public throughout all of TAD (Oct. 18-26) at the fest’s nightly Pub After Dark socials, taking place on the second floor of Paupers Pub (539 Bloor St. W.).

Want to know which games are available on what night? Here’s a list provided by the TAD organizers and Darkcade director Alex Bethke of Toronto-based indie developer Golden Gear Games.

Tales From Space: Mutant Blobs Attack
DrinkBox Studios
A side-scrolling puzzle-platformer about a grumpy mutant Blob who escapes into the world and starts eating everything around him.

Lovers in a Dangerous Spacetime
Matt Hammill, Jamie Tucker
A 2-player co-op mini platformer within a pink Death Star which is under attack. Players need to run back and forth between ship control rooms to fight off hordes of space baddies.

Eversion
Zaratustra Productions
The Princess of the Flower Kingdom was taken by the Ghulibas of the north, and it is up to brave Zee Tee to rescue her and discover the hidden lands behind the peaceful kingdom.

ERT
Kyle Dwyer
ERT forces players to question their place in the world, and where to go next. Also, it gives them another reason to push their friends.

The Yawhg
Damian Sommer, Emily Carroll
It is six weeks until The Yawhg returns. How will the town’s locals lead their lives in the meanwhile, and what will they do when the dreaded Yawhg finally arrives? The fate of a community hinges on the characters’ actions, and the decisions of their players. A multiplayer experience produced as part of the TIFF Nexus Comics vs. Games series.

Ghost Hunter
Rocket 5 Studios
Phantomize ghosts as you are led by the beating sound of your terror filled heart.

Probability 0
Droqen
Probability 0 is a brutal platformer with rogue-like elements that is constantly trying to kill you and all too happy to tell you as it is doing so.

Home
Benjamin Rivers
Awakened by an oncoming storm, you open your eyes to discover yourself in a strange, dark room—tucked away in a house that’s not yours. As you play the game, it changes—subtly, almost imperceptibly—to reflect your perspective. 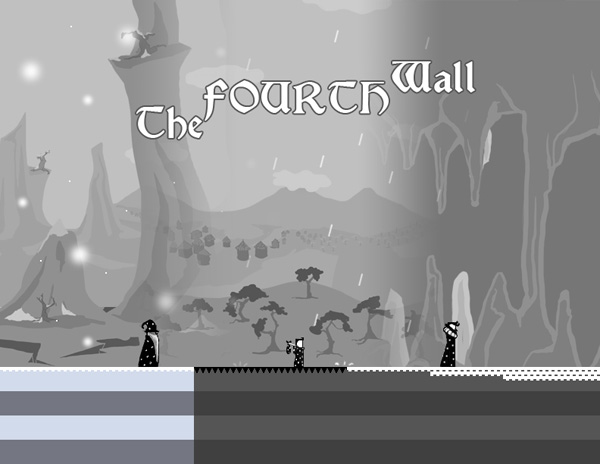 The Fourth Wall
DigiPen Team Pig Trigger
A young man leaves home gifted with the extraordinary ability to lock space and wrap around it in this deceptively simple and brilliant platformer.

Redemption
DigiPen Team Wired Productions
Aco-op multiplayer FPS in which the player plays as a robot sent to destroy a menacing goo monster, “Sample 17,” a man-made experiment gone wrong that has already destroyed the entirety of humanity.

Man vs the World
DigiPen Team Mike’s Plumbing and Tile: Media Arts Division
With the collective might of the world’s armed forced against you, what is a guy named Man Lee Gunns to do? Explode everything in this exceedingly silly side-scrolling shooter that has you literally leaping from ship to ship in a testosterone-fueled reverie of cartoon violence.

McPixel
Sos
In this hilarious retro parody of MacGyver, players are thrown a barrage of bomb-defusal scenarios with only twenty seconds to either disarm them or piss all over them… literally.

Nitronic Rush
DigiPen Team Nitronic
The player in thrust in the neon-encrusted driver’s seat of a tricked out car worthy of SPEED RACER. Boost, jump and even fly across the race-track in this deliriously kinetic and almost balletic experimental survival racer.

Nous
DigiPen Team Awesome Shark Volcano
Just who are you, anyway? Nous will tell you. The computer analysis machine, Nous takes you on a journey into your own mind. Your responses shape the experience as the game world changes to suit your playstyle.