Here are the details and the box shot from Disney:

Arriving early on Digital HD on March 24, and on Blu-ray™ Combo Pack, DVD and On-Demand on April 4, the release includes never-before-seen “Rogue One” bonus material that will take fans behind the scenes with the movie’s diverse, dynamic cast and inspired team of filmmakers. An intimate collection of stories reveals how the film came to life, as well as hidden Easter Eggs and film facts that audiences may have missed in the theatre. 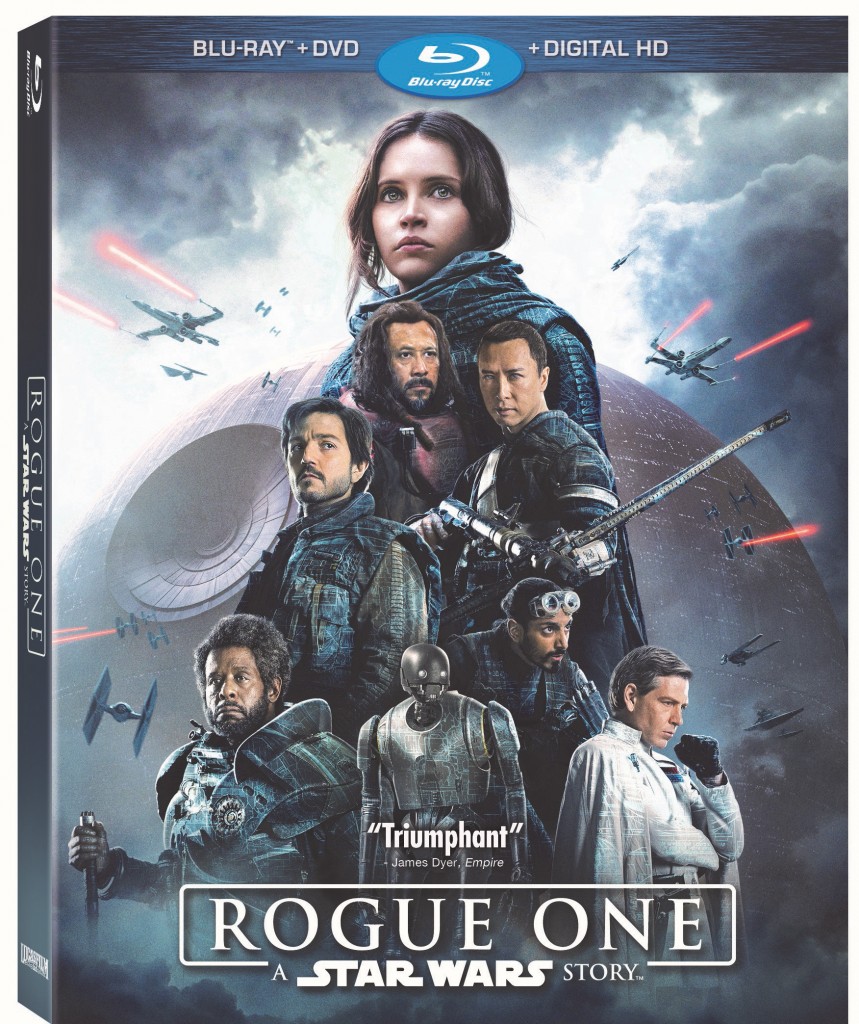