Trespass Against Us TIFF 2016 Review.

Is director Ron Howard's take on the true story of Moby Dick a tall tale or the big fish story you've been waiting for?

The best family film option this holiday is Song of the Sea, an Irish animated adventure that gives Miyazaki a run for his money.

Those expecting something light from the re-teaming of writer/director John Michael McDonagh and actor Brendan Gleeson in Calvary will be in for a coal black shock, but they're also in for one of the best films of the year. 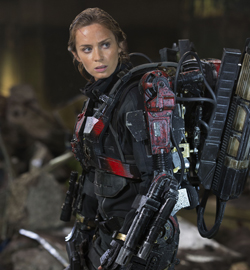 Edge of Tomorrow is easily one of the best high concept sci-fi blockbusters to come along in a while. It might not be a particularly original movie, but it’s a surprisingly creative one that delivers all of the necessary thrills and spills of good popcorn fodder along with some pretty clever writing and proof that Tom Cruise still has a bit of a gas left in the tank.

We sat down with Canadian actor Mark Critch to talk about returning to Newfoundland for his role in The Grand Seduction, the culture of the island, lead actor Brendan Gleeson's attention to detail, and we use his famed impression of talk show host George Stroumboulopoulos to talk about the difference between accents and impressions.