Our exclusive interview with Rebecca Ferguson about playing Lady Jessica, working with director Denis Villeneuve, and taking an indie approach to this blockbuster epic.

Exclusive interviews with Canadian auteur Denis Villeneuve and actor Rebecca Ferguson discussing the challenges of bringing the film to life, about finding the right scope for the story, and asking a familiar friend for some help.

Slammed by critics for its misogyny and celebrated for innovation by others, the central question of his photography still remains: is it empowering or is it exploitative? 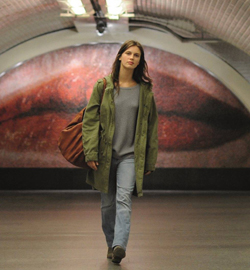 From director Francois Ozon, Young & Beautiful is an emotionally stark tale of sexual awakening and sometimes reckless empowerment that marks the arrival of a soon to be iconic ingénue that commands the screen at every single moment.
Young & Beautiful Special Presentation Director: François Ozon François Ozon explores the initial sexual experiences of a seventeen year old French girl over four seasons. At the end of summer, Isabelle, beautifully played by newcomer Marine Vacth, loses her virginity in a less than stellar first roll in the sand. As the season changes into […]