Pat Mullen speaks to director Robert Budreau about his new movie Stockholm, which reunites him with Ethan Hawke following their 2015 Chet Baker biopic Born to Be Blue. It’s a strange but true tale that playfully reinterprets the landmark case.

A wild bank robbery kicks off the absurd but true story based on the bank heist and hostage crisis that took place in Stockholm in 1973 in director Robert Budreau's latest film with Ethan Hawke.

The Drop is a solid character based thriller with a heck of a twist. 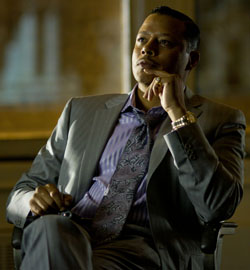 Dead Man Down is a big fat mess of a movie made by people who really should know better.

Enter for a chance to win one of ten pairs of passes to see an advance screening of the new action thriller Dead Man Down in Toronto, Ottawa, Halifax, Winnipeg, Calgary, Edmonton, or Vancouver on Thursday, March 7th at 7:00pm courtesy of Dork Shelf and eOne Films.

Enter to win a copy of Ridley Scott's Prometheus on Blu-ray from Dork Shelf and 20th Century Fox Home Entertainment.

A forced attempt to resurrect the Alien franchise, Prometheus disappoints with a jarring combination of stunning visuals and a terribly half-baked script.
I have a new hero, and her name is Lizbeth Salander. She is smarter than most men give her credit for; tougher than her dark and heavily pierced exterior would ever lead you to believe; she is damaged, but she fights back. And she knows how to bring the most evil of men (and the […]