Writer/director Fabrice Du Welz established himself a purveyor of deeply disturbing relationship studies that mutate into horror films in the 2000s with Calvaire and Vinyan. After a painfully long seven-year gap, he’s finally returned with a project that very much delivers a new twist on his old themes.

Alleluia is based on the infamous Lonely Hearts Killers from the 50s, who previously inspired a memorably macabre film in The Honeymoon Killers. Predictably, Du Welz’s film is very much a different and more artistically inclined beast. 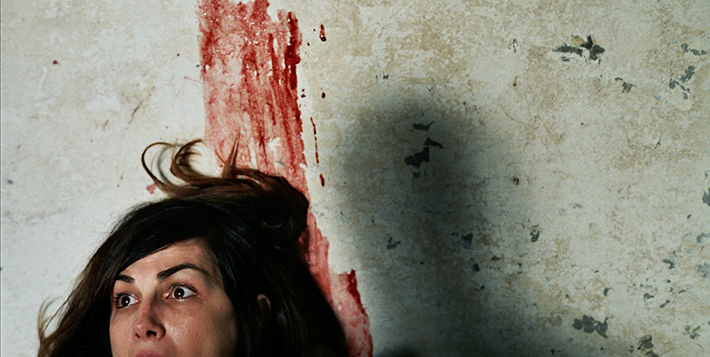 The basic beats of the twisted tale are the same, following a desperately lonely couple who meet through online dating. They’re an awkwardly cute pair who only hit a snag with Gloria (Lola Duenas) discovers that Michel (Laurent Lucas) seduces women that way all the time for cash. Rather than feel used, Gloria falls deeper in love with Michel and has him seduce older women for money before she inevitably murders them out of jealously. It’s a sordid tale that Du Welz plays with odd compassion for his leads, forcing the audience to feel for them until the sudden bursts of violence and insanity make that impossible.

Du Welz shoots his film with the jagged energy and free-for-all style of a French New Wave film, piling on arcane references and even inserting a bizarre musical number at seemingly the most inconceivable moment. The result is a surprisingly moving take on a story of two undeniably psychotic murders, with two remarkable wounded performances from the leads at the center. It’s an explosion of emotion and horror that plays more as a cinematic experience than as a narrative. (Phil Brown)