The 2023 Oscar nominations are in and the sublimely surreal Everything Everywhere All at Once leads the pack with 11 nods.

Films we hope to see at the 2022 Toronto International Film Festival, which runs September 8 to 18.

Everyone has a story, but not everyone can tell them. But with Stories We Tell Sarah Polley proves to be a masterful storyteller in what’s unquestionably one of the best films of the year. 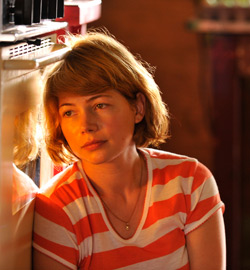 It's that time of year again! With the 2011 edition of the Toronto International Film Festival just around the corner, the festival group today announced the first batch of special presentations and galas.
There is a moment near the end of Splice when you see the creature in all its frightening glory, this odd hybrid with just enough human to have won your empathy for the majority of the film, and it is about to exact its revenge for mistreatment, when you finally understand what Mary Shelley was […]