Muppets Haunted Mansion sees Kermit and the gang return for a short but sweet Halloween adventure.

Muppets Haunted Mansion, Just Beyond, and the Marvel’s What If…? season finale are just a few of the new releases dropping on Disney+ in October.

Director Marilyn Agrelo’s documentary presents a compelling profile on Sesame Street by sharing what made the program so special.

Disney+ announced that a new original Muppets series titled Muppets Now will launch on the service on this summer.

Muppets Most Wanted is to the Muppet franchise what A Good Day to Die Hard was to the John McClane films. A lazy, cynical mess (two things The Muppets should never be) that nearly made our Muppet loving film editor openly cry when he saw how far they have fallen.

Enter for a chance to win one of 10 Disney Holiday Blu-ray prize packs including copies of the 20th Anniversary Edition and Blu-ray debut of The Muppet Christmas Carol and Prep and Landing: The Total Tinsel Collection.

Between Tinker Tailor Marilyn Muppets and a Girl With a Dragon Tattoo there's a lot to cover this week in DVD. 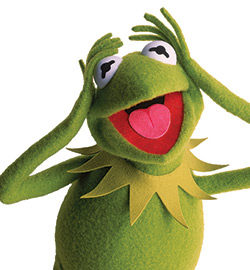