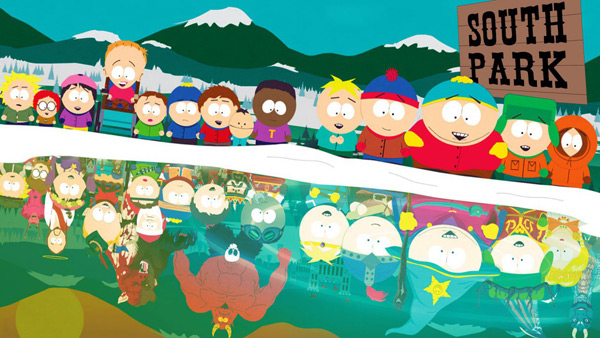 After 17 seasons of assaulting society’s collective sense of decency, South Park is sometimes in danger of collapsing beneath its own reputation. When the team is firing on all cylinders, it’s a furious maelstrom of provocative insight. When it’s misfiring, you’re reminded that scatological humor is kind of dull when it doesn’t have a purpose.

In other words, a South Park video game with input from creators Trey Parker and Matt Stone carries weighty expectations. You enter thinking South Park: The Stick of Truth should leave an impact, that it won’t be good unless it so offends and delights your sensibilities that you won’t be able to look at other games the same way again.

And that’s more or less what happens. Just not for the reasons you’re expecting. The best aspects of the Stick of Truth are actually (relatively) subtle. Small details hold the game together, an achievement that will likely be under-appreciated next to the handful of show-stopping set pieces.

Despite those highs, the game isn’t as riotously consistent as the scripted television show. The Stick of Truth is a role-playing game, which means you spend much of the 15-hour run time walking around searching for stuff to click on. I’d recommend it to gamers before fans of South Park, if only because RPGs typically require more patience.

But The Stick of Truth is intended for fans of both, and to that extent the brand is unmistakable. I rolled a Jew, a character class that seems to be an amalgamation of various control-based strategies, with attacks like Jew-Jitsu and Circum-scythe that double as pretty spectacular puns.

The humor, um, sticks because The Stick of Truth gets the game stuff right, to the point that it trusts the mechanics to hold your attention when the jokes and pace start to lag. It’s not perfect. The combat is simple, the difficulty low, and the game too reliant on quick time events with short windows. But none of those issues are deal breakers. The design is successful because it rapidly ceases to be noteworthy.

The developers have streamlined a bloated genre, removing dialogue trees while taking advantage of the South Park pedigree. Almost everything is fully voiced, and the robust cast provides a depth often lacking in interactions with NPCs. When you’re inserted into the narrative at the beginning – you’re the new kid – you get the sense that the town carries on just fine whenever you’re not around.

Thematically, the LARP-gone-awry plot draws heavily on episodes like ‘Towelie’ and ‘The Return of the Fellowship of the Ring to the Two Towers,’ both of which poked fun at various aspects of nerd behavior. The critiques were sharper on the show than they are here, at least partly because the material no longer feels original.

That’s the game’s biggest shortcoming. At times, The Stick of Truth feels like a Greatest Hits record, with special guest appearances from Al Gore, Mr. Hankey, and the Chinpokomon (now with tour dates in Canada!).

That’s ultimately what sells the project. The Stick of Truth embraces the medium, recognizing that even the most basic actions take on more complex connotations when you’re an active participant rather than a passive viewer. Like Bigger, Longer, and Uncut – a film about rating standards in the movie industry – The Stick of Truth is a video game about interactive entertainment, ruthlessly skewering social media and concepts like the silent protagonist and the nature of in-game currency.

What’s surprising is how well the commentary is blended with the interactive mechanics that make The Stick of Truth an honest to goodness video game. The most effective takedowns aren’t the result of shock humor or parody. Rather, The Stick of Truth manages to lead by example. It does a few specific things better than the RPGs it’s ostensibly mocking, and in the process draws attention to the almost pathological lack of creativity in the genre.

That might also be an accident. Whereas the codex in a game like Dragon Age exists to fill in details that aren’t otherwise provided, South Park’s extensive history does most of the world building with a user interface that’s essentially Facebook. You unlock combat perks as you gain more friends, and you gain friends whenever you complete a side quest.

The elegant construction infuses every quest with a purpose beyond the experience and loot you get along the way, and it makes you realize that the current RPG vanguard values grind over humanity. Why do quest logs feel like chores rather than favours? If RPG background information is so important, why is it relegated to obnoxious pop-up notifications in the upper corner of the screen?

South Park flips the other way, and the result is a wholly organic and internally consistent RPG world that makes you feel like a resident of South Park rather than a tourist. Instead of dwelling on the business-like routine of the genre – go here, kill thing, repeat – you’re able to focus on the motivations of the people assigning the quests. What do they want from you and why do they want it?

If you know the show you’ll know the answers, but it’s still fun to hear the actors say it. Even if most quests are go here, kill thing, repeat.

That’s the paradox at the heart of The Stick of Truth. It feels slightly less daring than the average episode of South Park, but the comfortable familiarity serves as a structural foundation that elevates tired material and boosts the show to a new set targets. Yes, you’ve seen these characters before. That means the game doesn’t have to explain who they are, which in turn makes it much easier to engage.

If the show exists to mock society from afar, the game makes you aware of how much more ridiculous and arbitrary everything becomes when you actually have to do it yourself. I’ve now performed tasks that I never expected to do in a video game, which highlights how few chances major publishers are willing to take.

The Stick of Truth will be remembered precisely because it is fearless. It’s capable of scenes that transcend every kind of wrong, culminating in a breathtakingly memorable boss fight against an entirely forgettable opponent. (When and where carry extraordinary significance.)

Of course, there’s a wealth of subject matter yet to be tackled in video games and The Stick of Truth doesn’t fill the void. Then again, it’s not really trying to. South Park is a media gadfly, a pest calling attention to problems without necessarily trying to solve them. For a group of TV veterans the game is a diversion, and wisely doesn’t attempt anything it can’t manage.

It’s still a worthwhile endeavour. While other AAA games demand that you live out the fantasies of action heroes and rock stars, The Stick of Truth gleefully encourages you to experience less glamorous lines of work. It drags any self-important notions of games as art down into the muck, and that’s exactly what makes it wonderful.

South Park: The Stick of Truth is a welcome reminder that the games industry could use a little more indecency.