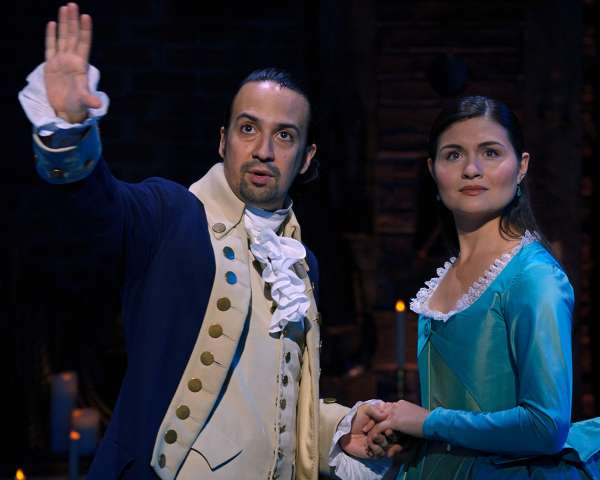 That Shelf's Jason Gorber reviews Hamilton – the filmed version of the famed stage play, premiering not in theatres but on the Disney+.

James vs. His Future Self is a sci-fi dramedy about a single-minded scientist who must outwit his future self to make the discovery of the century.

Jeremy LaLonde’s witty sci-fi dramedy, James vs. His Future Self, is available to stream in Canada on Friday, April 03rd.

Ironclad: Battle for Blood is one of those sequels that should never have existed in the first place.

Welcome to the grand opening of the Dork Shelf Video Store, your one stop shop for all reviews of the latest DVDs, Blu-Rays, classic re-releases, box sets, Netflix originals, and VOD debuts that you can watch at home!
Sunflower Hour (Aaron Houston, 2011) – The naughty minded mocumentary Sunflower Hour has a killer premise and really talented performers, but it’s hard not to wonder where all the genuinely funny jokes are. This look behind the scenes at a children’s show that’s auditioning new puppeteers has a few smile worthy moments, a tiny handful […]
Red Lines (Andrea Kalin, Oliver Lukacs, 2014) – In the fight to bring democracy and peace to war torn Syria, two activists from vastly different backgrounds have teamed up to amass a greater network of contacts and connections on the ground than any other humanitarian organization in the world. Razan Shalab al-Sham is a former […]
Kingdom Come (Paiman Kalayeh, John Lyons Murphy, 2012) – I’ve been recently working on writing a piece about questions you should never ask at a Q&A following a screening at a film festival. One of those questions is “Was it a struggle to get this film made?” I say you shouldn’t ask that not because […]
Happy Christmas (Joe Swanberg, 2014) – Prolific low budget writer/director Joe Swanberg comes straight to VOD (with a limited theatrical for our neighbors to the south) with Happy Christmas, a slight yet effective piece of mumble core that feels a lot more intimate then it has any business being on a passing glance. Jeff and […]

We talk with Denis Hennelly, director of Goodbye World (available on VOD this Friday) about creating a different kind of apocalyptic drama: one that actually knows what the world "apocalypse" actually means.

While the idea of four childhood friends retreating to a messed up weekend in cottage country might sound like the set up for a dull slasher film at best and a remake of the notorious Stephen King misstep Dreamcatcher at worst, the Canadian indie horror The Corridor stands on its own as a cracking character study and genuinely ambitious psychodrama about the shared effects of mental illness on even the best of friends.